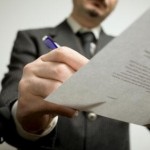 Believe it or not, many people fear dying single. While there is nothing wrong with this, some people hope to avoid this situation at all costs.

While you may think this is a big deal for a variety of reasons, many people have one very important question on their mind: what will happen to my estate if I die single?

Estate planning is one of those things that many people put to the side. This is particularly true among those who are unmarried.

If you are single and have yet to look into the estate planning process, now is the time to change your way of thinking. It is easy to believe that this is a waste of time, since you are not married, but nothing could be further from the truth.

For many people in the state of Washington, creating an estate plan is not something they do when necessary. Instead, they wait for a major event in their life before doing so. For example, they begin to plan for the future when they get married or have a child.

While these are both good reasons for creating an estate plan, just because you are single and without children doesn’t mean you can afford to overlook this important financial detail.

What Happens if I don’t have an Estate Plan in Bellevue WA?

To better understand what will happen if you are single when you die, you have to take a closer look at your personal situation as well as the laws in Washington.

If you do not have a will at the time of your death, this is known as dying “intestate.” Since you don’t have a will in place, directing where your assets end up, the Washington intestate laws will take over.

In situations where you have no children or parents, any siblings that are still alive at the time of your death will inherit your estate.

Note: if you have more than one sibling, the estate will be divided into equal shares.

What if there are no children, parents, or siblings? This is when things get more complicated, as the search for distant relatives begins.

Regardless of which state you live in, there are intestate succession laws that help determine what will happen if you die without a will.

To protect against your estate being left to the wrong person, it is important to have an estate plan in Bellevue WA – single or not.

Stephen Waltar
Attorney at Legacy Estate Planning, LLC
Steve was born on March 15, 1962, in Boston, Massachusetts. His true roots, however, are firmly planted in the Pacific Northwest. Steve grew up in Richland, Washington and moved to Seattle in 1980 to attend college (Seattle Pacific University, B.A., cum laude, 1984). He lived in Princeton, New Jersey for three years during graduate school (Princeton Theological Seminary, M.Div., 1988). Steve returned to Puget Sound to attend law school in Tacoma (University of Puget Sound/Seattle University, J.D., 1993). He was admitted to the Washington State Bar in 1994. Steve is also admitted to practice in United States District Court, Western District of Washington.